It was a long long time ago, and things were very VERY different. True, this year may only be a flash in 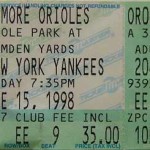 the pan. In ’98 the O’s finished in the middle of the pack and under .500, but I thought I’d pull out this Stub in honor of the upcoming battle and their surprise season. Yankees vs. Orioles June 15, 1998.

I have to give them credit and I hope the sell as many “In Buck we Trust” shirts as possible because I have a feeling it’s gonna be back into the pack for them sooner rather than later. As the Yankees era of leadership was getting rolling, the O’s had Camden Yards to boast about and that was it.

Still is, or was till this year when the fold never happened. At least not with 160 games played. Let’s see what happens from here on out. 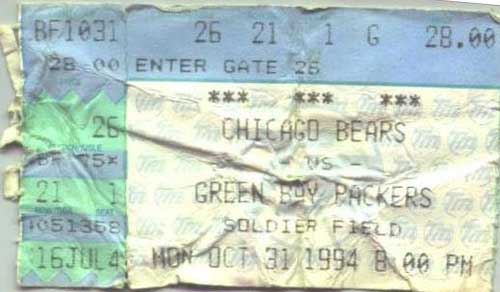