This concert was Typo O Negative at the SFX – Dublin from their October Rust tour. 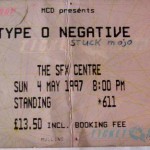 The support band was Stuck Mojo, a rap metal band from Atlanta, Georgia. I didn’t know much about them but they rocked. There was a great energy in the place, people were going crazy.

The venue was a hall on the north side of Dublin called the SFX. And it was only used by metal bands. It closed down a few years ago.

Type o negative are from Brooklyn, New York City. Their stage set was unusual. To tie in with the imagery of their October rust album, they had fake trees on stage and during one song fake snow fell on them. Totally different to Stuck Mojo, their music would be describe as goth metal. One of my favourite songs is “Black No1”. Really glad i went to this gig, met a lot of nice people. 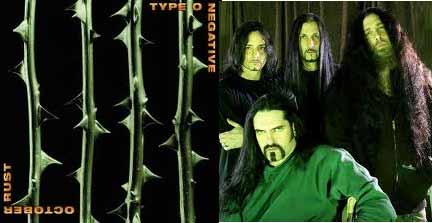 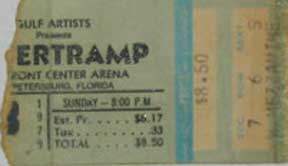