I was jammy, lucky whatever you call it to see QUEEN on their Magic Tour in 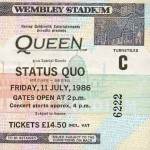 I drove from West Wales and picked up my friend and his pregnant wife from Swansea at 05.30 in the morning to drive to Wembley. There were four of us in my dad’s car and we arrived at Wembley underground car park at 09.30 – 4 hours is good going.

We checked into our hotels and started queing up at around 11.30 very near to the turnstile. I was really looking forward to this gig as it was a great bill with INXS, THE ALARM & STATUS QUO. My brother was also going with friends and he was excited. When the gates opened, I remember running across the pitch to get a good seat on the left of the stage. We settled down to enjoy the show.

Queen came on at 20.35 and what a show. THE BIGGEST STAGE EVER, BIGGEST SCREEN AND BEST SOUND I’d ever heard. They were simply brilliant/ awesome with a sensational stage act. I’d been speculating about the set list for some time before the gig but had a massive surprise when they did the rock’n’roll medley. I WAS TOTALLY TAKEN BY SURPRISE as they had returned to their early days again by having Roger playing tambourine, Brian on acoustic – very reminiscent of the inside cover of A Day At The Races.

This show was quite simply fantastic – the best ever Queen show – despite the rain. No other gig will ever compare to this – Queen kicking ass and showing everybody else what a real gig is all about. My only regret is that I did not see the Saturday show as they did not play Big Spender on the Friday.

Driving home on the Saturday was a pain as I was still on a high. There were many highlights of this show – lights, sound etc. but always remember the hands during RADIO GA GA. An unforgettable sight. I’ve seen many gigs by other bands since but none have come close to this monumental feat although THE WHO will always come second in my favourite live act. 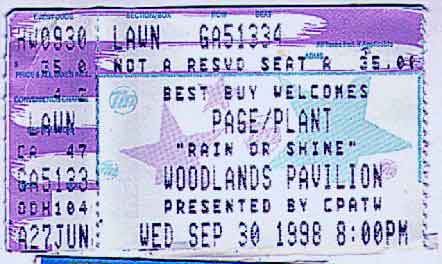 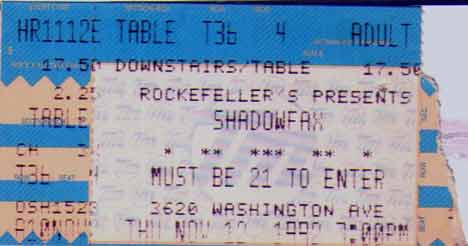