This is what 30 years of being a card-carrying member of the Dayton Flyer Faithful looks like. 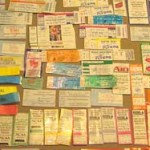 Amassed in this piling heap of ticket stubs is three decades of dedicated fan loyalty to the University of Dayton Flyers.  In that time, I have pretty much seen it all.  Most of these ticket stubs cover the UD Mens Basketball team, but there are other stubs from other UD sports that I also show relentless dedication to.

Many of these stubs gained entrance to historic UD Arena. I started going to UD basketball games when I was 5 years old, and started saving every ticket stubs by age 10. Now 38, I now gain access to events as a member of the media when a ticket is not in-hand, but that doesn’t mean I still dont use a ticket, a bribe, or whatever it takes to see the Flyers play.

Among the stub collection are venues and locations Ive traveled to see the Flyers play. Those include the Maui Invitationals three times (Hawaii), Puerto Rico, Spokane, WA, Buffalo, NY, Austin, TX, Philadelphia, PA, Cincinnati, OH, and all places on the map scattered in between. 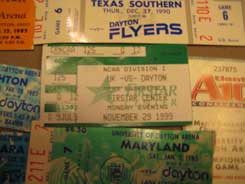 Among the more significant stubs include: Navy’s David Robinson in the NCAA Tourney, Len Bias’ nationally ranked Maryland team losing to the Flyers, Dayton’s win over Kentucky in Cincinnati, many Notre Dame, Louisville, Marquette tickets, and both home games with Ohio State in the late 1980s.  The stubs also include the 1990 Midwest Collegiate Conference Championship and 2003 Atlantic10 Championships won by Dayton at UD Arena, and the 1985 NCAA Tournament when Dayton lost to eventual national champion Villanova by two points in the First Round.

There are over 600 tickets in the collection. With a little luck, I hope to collect 600 more.

More photos of the ticket stub collection can be found here: 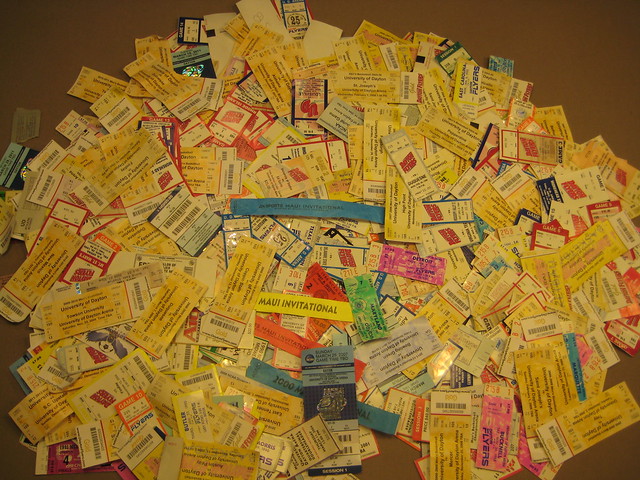