While serving in the US Army, I was stationed in Greece for a year and a half. During that time, I was lucky enough to see a few concerts. 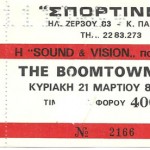 I couldn’t miss the opportunity.

After all, they were the first 8-track tape I ever bought. That’s right…8-track. The show was in downtown Athens at a basketball arena. A bunch of us took a bus there, and believe me, the bus ride was a story of it’s own. We had floor spots about 30ft from the stage, with an over capacity crowd squeezed in all around us. The show started, Bob Geldof was ripping out all their hits. “Wind chill factor -0”, and “I don’t like Mondays” to name a couple.

At one point, some jackass throws a soda can onto the stage. That’s all Geldof needed and he was off the stage, into the crowd to whip this guys ass. He was a split second too late, because the Greek police were already dragging him off the floor. Everybody calmed down, then Geldof warned against that crap happening again. The rest of the concert was uninterrupted. We thought that was it for the excitement, until we went back outside.

It was a freaking riot. For some unknown reason, people were breaking store front windows, trying to flip cars, and starting brawls all over the streets. Needless to say, we got the hell out of there before getting swept up in its wave. Great time none-the-less. 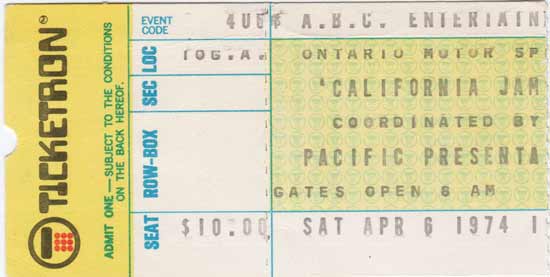