Stevie Ray opened up with Cold Shot, then Crossfire, he was so good. He was wearing his 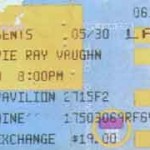 Mexican apparel, the Serape, western hat and sharp pointed boots, he was greatly appreciated. His “Blues-ish” songs really were timely with the crowd, ( Vaughn died in a helicopter crash 10 days later)

Boy the Englishmen loved Stevie, and he idolized them too. Cocker played mostly blues Material, (Ray Charles, Unbreak my heart, hit the Road Jack), Then really hit home with (Billy Ray Preston, the 5th Beatle) “You are so beautiful to me” -if you Youtube the Beatles last few videos and their last concert on the roof of Apple records you’ll see him, he hung with them for a long time.

Cocker had many influences, Delany Bonnie & Friends, Leon Russell was always playing with him. At Woodstock his Spastic Style really earned him a very unique status, on a biography show he said John Belushi played him, better then he could. “Boy Musicians!!”  I have a T-Shirt of the concert but an old girlfriend ripped the back of it. With my cat, Sugar inspecting the fight !!

Also you can see by Stevie Ray’s expression – how honored he felt playing with one of his Idols. 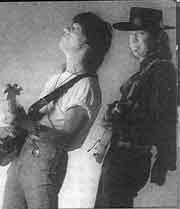 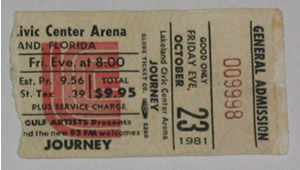