Here’s one from the archives for you “Stubstorians”. I remember more about the 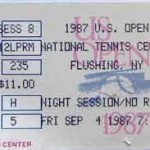 I got hooked up with these tickets (1st week) when my boss dropped them on my desk as he blew past me on the way to his office. Not a word (that was his style) and it must have been 4:45 maybe later. Now this may come as a shock but in THIS world nobody had a cell phone – so reaching someone to go with wasn’t quite as easy as it is today.

I did reach my buddy Gary, and we agreed to meet up at Grand Central – figured we’d hop the 7 train and head out to Flushing Meadows. But the wasn’t Gary’s style. 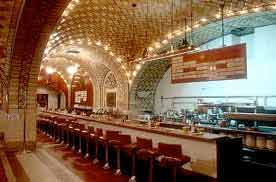 Instead – when we met he insisted we stop for a couple at the Oyster House – a NY institution in Grand Central (try the Chowder) and by the time I checked my watch – let’s just say it was getting late early. Now, I really did want to see some tennis, so I started making noise about grabbing a train. But that wasn’t Gary’s style.

So it was up to 42nd to grab a cab. There were plenty, but when a limo dropped a couple off right in front of us, Gary sticks his head in the window, next thing I know I’m sipping scotch and heading into the Midtown Tunnel – nice.

We got the VIP ride and must have spend some time at the Open (I do have the ticket stub to prove it) and took the every-man train ride back to the city.

Great night – don’t ask me about the tennis 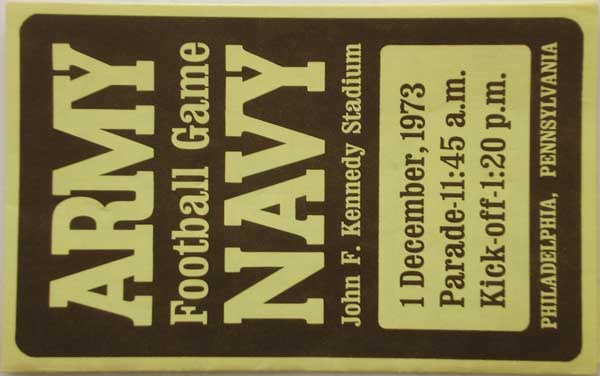