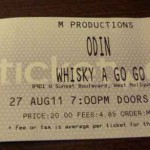 their debut Don’t Take No For An Answer and the subsequent albums all had some killer tunes on them.  When I found out in the Spring that Odin was doing a show, I had to go.  I’ve wanted to see them since 1986.  I had a chance to see them 3 or 4 years ago but stuff came up and I couldn’t go.  It almost happened again this time too.  I had purchased my concert ticket right as they went on sale but waited on buying my plane tickets as right around the time of the show announcement, I was told that I’d be getting laid off soon.  So I held off as I didn’t want to spend the extra money.  Fortunately I was only out of work for a month and was living on the severance pay that my former company had given me.  As soon as I got a new job I booked my flight to LA.

Twenty-five years is a long wait to see a band.  Sit tight, this post may take a while.  Maybe not.

because of Hurricane Irene and some other unavoidable happenstances, I just decided to get a hotel in Hollywood.  Good move.  As soon as I landed in Burbank, I got my rental car and headed straight to Hollywood and my hotel on Santa Monica Blvd.  I checked in, freshened up a bit and headed out for the night.  It was about 10:15PM or so when I hailed a cab and headed straight for the Rainbow Bar and Grill.  Again, good move.  As I was having a few drinks at the inside bar, the guy next to me was talking to the bartender about Hurricane playing at Key Club just a few doors down.  Hurricane!  I always liked the song Hurricane and a few others of theirs.  While they were a pretty boy type of band, they were definitely a cut above bands like Poison, Warrant and much of the other terrible glammy sleaze that plagued LA (and the world) in the late 80s.

I used to own Take Want You Want and one shaped EP on vinyl.  In the late 1990s I started selling off my record collection. They were listed on eBay and Kelly Hansen, the singer for Hurricane, had gotten in touch with me to work a trade for those records.  Of course I was skeptical, but after he

called me and we talked, I knew it was legit.  In trade, he sent me some unopened tapes and CDs and signed one of them for me.  Hard to believe that some bands don’t have their own material…same thing happened one other time with Frankie Banali.  I had a WASP EP that he didn’t have from the Headless Children album.  I had 2 so I gave him one.

OK, let’s get back on track here.  The dude at the bar was the show promoter.  He gave me his card and told me to hand it to the door guy and I’d get in for free.  I offered to pay my way in but he insisted.  Cool!  I finished my drink and went right over to Key Club as Hurricane was getting ready to go on.  I go in with no troubles, grab a beer and hit the floor.  Hurricane comes on and they open with Hurricane.  Sarzo was Cavazo were still in the band and I think Kelly’s brother was on drums.  Of course Kelly sings for Foreigner now.  The new singer is Andrew Freeman who used to play guitar for theOffspring.  He sounded great and played some guitar as well.  I was really impressed with them overall.  I caught a little more than half of the set and then made my way back over to the Rainbow.  Luckily for me Lemmy was there (of course).  I got to say hi again.  He remembered me from Austin.  We only spoke for a minute as he was only taking a short break from the video game machine.  I love the Rainbow.  Such a cool place with so much history.

Being almost 2AM California time, it was almost 4AM my time, so I was pretty worn out.  I grabbed a cab and went back to the hotel.  I watched the weather channel’s coverage of the hurricane until I fell asleep.

After only about 4 or maybe 5 hours of sleep, I got up and muddled around town for a bit before driving out to San Bernardino to meet an old friend for lunch.  It was great to see her and the Thai food was tasty.  From there I headed back into Hollywood to catch Odin’s soundcheck and to get

Randy O and Aaron Samson to sign the book.  I got to watch them do 2 or three songs, got my signatures and hung out with Shawn and Jeff Duncan for a little bit before they left to go back home.  I became friends with them a few years back when their band DC4 played here in Austin.  What a band and a great bunch of guys!  I really wanted to have dinner with Shawn and his fiance but I was so wiped out and just wanted to go take a nap.  So we parted ways and I headed back for an all-too-short nap.

When I originally bought my ticket, I went ahead and bought a spare as I figured a friend from Austin or someone I know in LA would want to go.  Luckily I happened to meet Regina in Austin a few weeks prior to the show through some good friends of mine and I mentioned that I’d be out there for the show.  I asked her to go and she graciously said yes.  So after waking up from my nap, I took a quick shower and grabbed a cab for the Rainbow again.  I wanted some of their pizza.  It’s my favorite ever.  I get there and the door guy remembered me from the night before.  He waived the cover and gave me 2 drink tickets.  SCORE!  It was still a little early so seating was pretty wide open.  I sat at the outside bar as it was a nice evening.  The bartender remembered me and even what I had been drinking the night before and automatically poured one for me.  Peroni on draft by the way.  I ordered a small pizza and it came out pretty quickly.  The small is huge.  I met a few people while waiting for my food and we were having a great time talking shit.  They were super fun and luckily helped me eat the pizza.  After the beers and pizza were done, I paid out and headed over to The Whisky

to see the reason I made this trip…ODIN.  Regina met up with me shortly after and we went in.  I ran into some folks that I knew, mainly the other DC4 guys, Matt Duncan and Rowan Robertson.  I love Rowan.  He’s such a nice guy and we always have a great time hanging out.  (Your arrow, siiiir.)  Saw a few other folks that I knew and we hung out upstairs until Odin was about to come on.  Luckily Regina didn’t mind getting in the crowd.  We were about 2 or 3 people from the stage in the center.

The lights go down and Odin comes out to a loud roar from fans, including me.  This show definitely brought out something in me that doesn’t happen that often.  I see a lot of shows…A LOT.  But very few bands actually get me “juiced”.  Iron Maiden, Testament, Motorhead and a few others do.  Odin did.  The music nerd in me came out completely.  Poor Regina.  haha.  Odin opened with 12 O’Clock High.  It was great.  Their setlist was great and Randy’s voice was in good shape.  A lot of the guys who used to hit those high notes back in the old days can’t do it now.  Randy hit a lot of his.  And the ones he knew he couldn’t hit, he didn’t try.  While they played most of the EP, The Writer and Solar Eye weren’t played.  Well, a piece of Solar Eye was played which gave Jeff some solo time.

It was a great show.  They were awesomely tight.  I really can’t put into words what it meant to see them.  It was a very special night for sure.

I love California, or at least SoCal.  Never been that far north, but the LA/Hollywood area sets me right every time I am there.  It’s beautiful.  I almost moved there in 1997 and still do the “what if…” game sometimes.

After the show, Regina and I head back over to the Rainbow for a final drink.  It was fun closing it down.  The valet brought her car around and we drove around and foraged for food around town.  We grabbed some fast food and headed back to my hotel.  She dropped me off, I went to my room and went straight to bed, completely wiped out again.

The next morning was checkout, a drive around Hollywood for a bit and then off to the airport.  Absolutely one of the best weekends I have had in a long time thanks to Odin, DC4, Hollywood, and my LA friends, new and old.  Good times.  If/when Odin plays again, I’ll try to be there for sure. 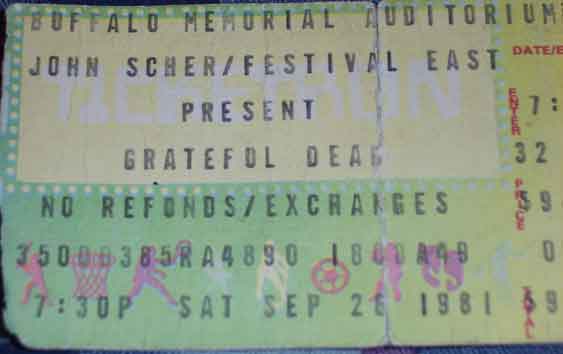 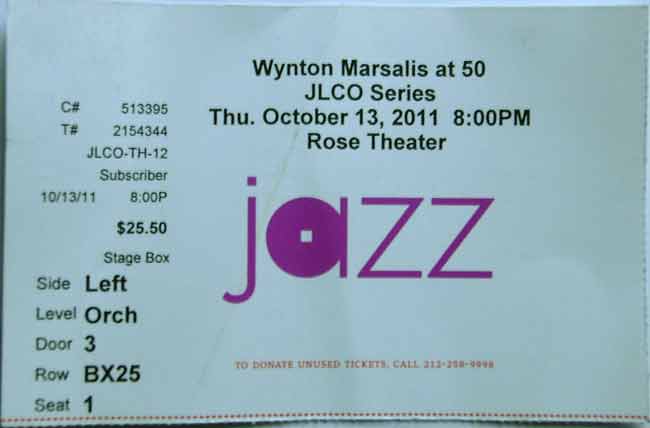