It turns out the NFL lockout was the “easy” one. What with both sides making zillions, the 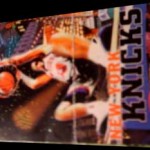 only real fear was that they’d turn off the fans. But in the end – we are so crazy for our footbal (J-E-T-S Jets, Jets, JETS!) that so long as we don’t miss actual gametime – we’re all good.

Now the NBA is another matter. I’ve pulled out a couple o’tickets from this (the 1999) Knick playoff run for Stubstory, and since THIS lockout looks like it may last a while – hopefully it’s conjure up some pleasant memories.

Take a look at this Knick Roster – no Starks, no Oakley, but still it was almost the old gang – heck Herb was even born in the ’50’s. Ewing, Houston and LJ still bringing the Old Knick feel and these guys were running on the fumes of the “almost years”. 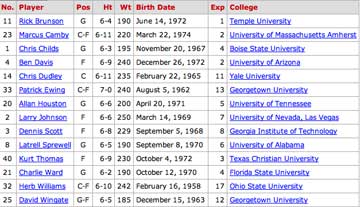 Dad’s First Soccer Match in the U.S. – “Where are the fences?”