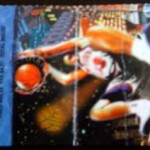 If you look back to late November you’ll see a Stubstory I sent in from a NBA Finals games the New York Knicks were in. At the time I was basking in the glory that was a nice beginning to a season, which for a Knick fan lately qualified as a major miracle.

Well, look at them now- well over .500 and a legit team. Can they win anything big? Nope, but then again the team that I saw with this stub only got so far itself.

In this game – against the hated Pacers, the Knicks who had stolen game one – let Game 2 slip back 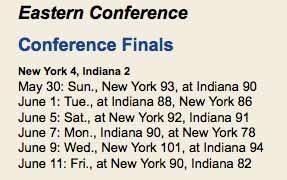 when they lost by 2 and the series evened up.  Mostly I wrote this Stubstory to keep me and other Knick fans remembering that there is a Playoff (yes I said it) season out there in 2011.