One of my best friends, Gary, is a truck driver, and he’s been the hauler driver for several NASCAR 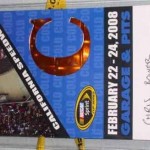 teams over the years. When NASCAR would come to Southern California, he’d give me a call and I’d drive down and hang out with him for the weekend. He would always figure out a way of sneaking me into the garage area where he’d then give me a team uniform to wear, and I was good for the day.

During the later half of the 2007 season, NASCAR started limiting the number of passes each team could get, and really started cracking down on anyone caught sneaking someone in, so we decided to do everything by the book when he returned for the second race of the season in 2008. Gary was driving the hauler for David Reutimann’s Sprint Cup #00 Aaron’s Team, one of three teams owned and operated by Michael Waltrip Racing. He got all the necessary information of mine that was needed for a garage and pit pass for the Auto Club 500, and submitted it all before the deadline.

When that weekend arrived, I drove down on Saturday and met Gary at the hotel the team was staying at in Ontario, California. He arranged for a roll-a-way bed to be brought to the room he shared with his hauler co-driver so I had a place to sleep. Sunday morning, the team met in front of the hotel around 5am and split up into two vans and headed out to the track, stopping for breakfast on the way. Gary went with me in my truck so that I could get in the back entrance that was for crews and track staff only. We skipped breakfast so that I could be first in line at the NASCAR trailer where you go to get your pass. Once there, I waited for the trailer to open, and Gary eventually joined one of the team vans and went inside the track. I was to call him on my cell phone once I got the pass, and he would then come back out and bring me an infield team parking pass. It was drizzling, but I didn’t care; everything was set up perfectly.

Or so I thought.

I filled out the form that NASCAR requires before issuing a pass, and got in line waiting for the trailer to open. When it did, I went inside, gave them the form and my California drivers license, and was promptly told I wasn’t on the list. After they double and triple checked, I left the trailer and called Gary from my truck with the news. He came back out almost immediately and went with me back inside the NASCAR trailer and tried to find out what went wrong. We discovered that the secretary at Michael Waltrip Racing that submitted the info for the pass mistakenly set it up for the race in Las Vegas the following week. Due to the new, strict standards regarding passes that NASCAR had set up, there was nothing that could be done.

Gary went nuts, and started calling everyone he could think of, including David Reutimann himself, who offered to come out to the NASCAR trailer and personally vouch for me. NASCAR wouldn’t accept any of it, and continued to deny me. Finally, gary pulled some of his magic, and managed to get me a pass by making a deal with one of the helpers inside the trailer, who grabbed me one when no one was looking. Once we had the pass, and the infield team parking pass, we drove right in and parked 20 feet away from the garage area entrance. Once inside, we went straight to the hauler where he gave me a uniform to wear, and no one said a word about it for the rest of the day.

Once everything was set up, Gary finished his duties, and we spent some time walking around. We hung out backstage at the ZZ Top infield concert they put on prior to the race, and then walked around some more. After a great lunch that was fixed on the team grill by Gary’s co-driver, the drizzle let up and they were able to get the track dried so that the race started on time. As great as it is to have free access to the garage and pit areas during the race, you really can’t see the actual race itself unless you go into the lounge inside the team hauler and watch it on their satellite TV, so I spent some time in there, but also spent time in the pits.

This race was the second race that Dale Earnhardt Jr drove his new #88 car, and he had a misfortune early on. He was involved in a multi-vehicle wreck that clipped the passenger side of his car, peeling

back the entire door panel, leaving it hanging off the side like a birds broken wing. He immediately brought the car into the garage area so the crew could patch it up and get him back out so he could get some points. After he got back on the track, and the crowd of reporters had disappeared from his garage stall, I went over and asked one of his crew members what they were going to do with the complete door panel that they had to cut off the car, and was told it was mine if I wanted it, and of course, I did.

The race lasted late into the night because the drizzle returned, and was finally red flagged for the night so it could be finished the following morning when there would be sunny skies. I ended up heading home that night, with my Dale Jr. door panel, and watched the rest of the race live on TV the following morning from my living room.

Of the many races I’ve attended from the infield, this was by far the most eventful.

More images from the race:
http://web.me.com/pkrwud/Peckerwoods_Pit_Stop/NASCAR_Albums/Pages/2_24_08.html#grid 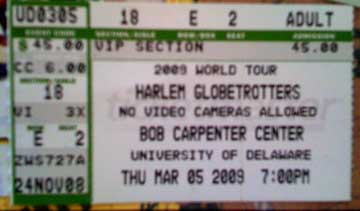 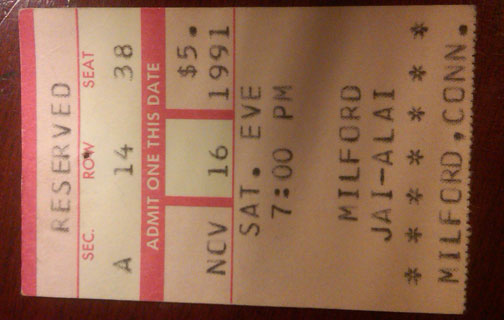