There’s something special being a fan of any team to have ever played at Shea Stadium..
First of all there was the wind, and the bathrooms, but mostly the losing. Now this particular stub comes from a series the New York Mets shouldn’t have even been in. After a highly unlikely route into the playoffs they found themselves back at Shea – down 2-0 and I was looking forward to seeing a game.

Mistake #1 – I don’t mind the cheap seats – but sitting with the Seagulls and ducking the planes heading into LaGuardia was something I did not expect. 2 Games later I wouldn’t have 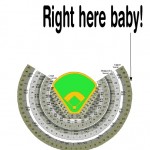 cared (since that was the Ventura Grand Slam Single Game) but tonite it was like Bob Uecker in the originial Lite Beer commerical “I must be in the front row!”

We watched Tom Glavine (how much we wanted him then) pitch seven scoreless and Rocker (the ultimate Redneck) shut the door in the 9th on a 1-0 final that left Al Leiter’s performance ultimately unnoticed.

I wish I could wrap up my memory by saying it was “happily ever after” but alas, for Met Fans, Jet Fans, Shea Fans in general – if we had a dollar for every tear of shed over our disappointing teams…… 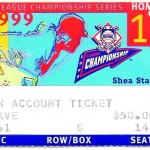 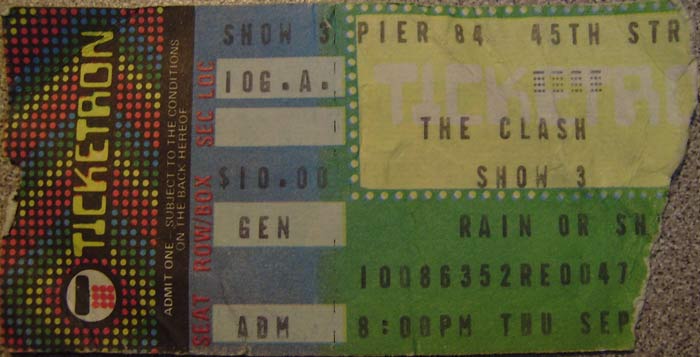