We’d been looking forward to this show for a while! We arrived early to 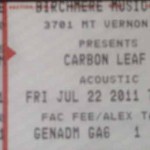 accommodate our Party of 5 and situated ourselves stage left in the front …we were in for a treat!

First, I must thank the opening band — Aunt Martha — for driving in horrendous Friday traffic from Boston to deliver a short but spirited set!

This was a rare summer acoustic show for Carbon Leaf — leaving the electric at home! This ‘long-time’ Carbon Leaf fan never gets tired of hearing their songs and live shows, and wow, can they fill up a listening room with great sound!  I’m so impressed with the ease with which they move from club setting, to festival gig, to a show like this, tweaking the songs as they see fit.

For the past year or so, Carbon Leaf has been performing a song or two each night around one mic — Grand Ole Opry-style…and this night we enjoyed five of them!!  But they 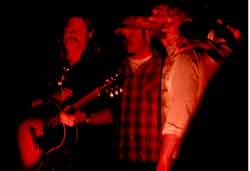 brought the rock, too — Desperation Song and Troubles stand out.

Carter Gravatt was in front of us and he’s the master of musical instruments!  He brought out 7 for this night…and while I know I can’t do them justice with their names, they were all of the string variety.  And, acoustic or not…there were ‘rock star jumps’!! (Torn to Tattered)

Jason Neal is the rhythm backbone of the band and for once, my seat gave me a great sight-line to the drum kit.

Jon Markel, the other half of the rhythm section, gave us a great upright bass solo — it should be required in every show and we should demand it!

Barry Privett poured his heart and soul into every poetic song…and the room was rapt with attention (and cheered wildly when appropriate) The ‘War was in Color’ always gives me chills and this room provides the reverence it deserves…’In a window back home a Blue Star is traded for gold’.

Terry Clark brought the harmonies to fruition and kept the levity flowing!  My friend Cathie, who had traveled from Canada to visit me and see only her second Carbon Leaf show, got a shout out from the band — my ear is still ringing from her shriek:)  Terry Clark gave her an ‘eh’ for effort!

Family and friends of the band were in attendance that night which I think made for an extra-special show!  We were a Friday night crowd ready to rock…acoustically!  We listened intently, clapped loudly, chair danced and the Leaf delivered a remarkable performance!  So glad I was there! 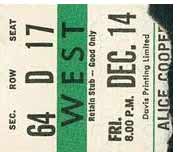 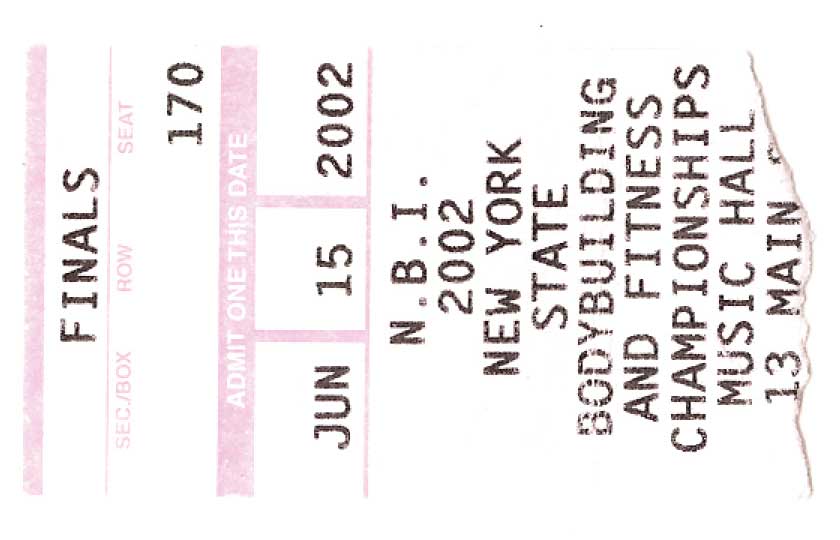