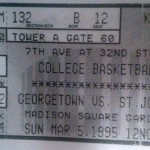 the Redmen at this point -for Hoya fans and Alumni at this point trying to get back the magic of the early to Mid- 1980s and with Iverson at the point, shooting guard and pretty much everywhere else, they were going to make some sort of run.

Just NOT today. St. John’s had Felipe Lopez, an NBA player for sure and on this day the Garden was the Johnnie’s homecourt, and the Hoyas were sent home with a loss.

As I look over the boxscore – there were several pro’s on the floor that day – none as big as Iverson, but still the Big East was packing serious talent (and prbably weaponry) back then. 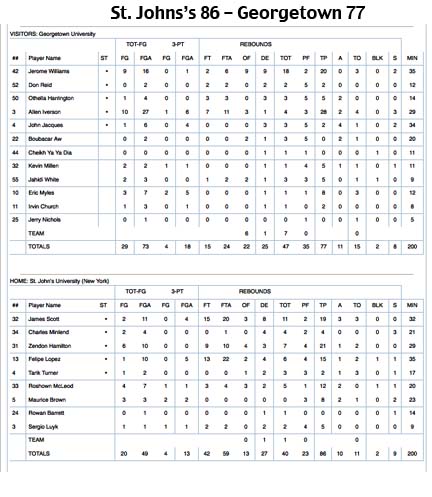 Fenway Park – What’s the Big Deal? (to a Yankee fan)