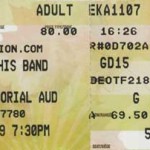 started. We sat down and Dylan started to play Lay Lady Lay. He played guitar for this song. The rest of the show he stuck himself behind the keyboard. Charlie Sexton was the main guitarist in the band.

This was the only Canadian date of Dylan’s tour. They tried to take away my camera from me at this show and I wouldn’t let them. I only ended up getting one shot off that I posted on Flickr. I have an audio recording of this concert. I went there with Linda. 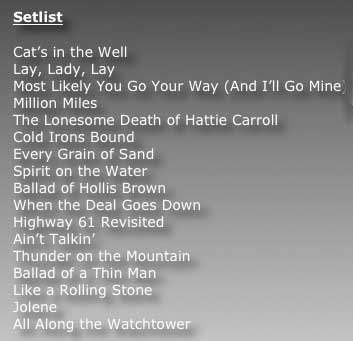 Michael Didur is a bassist and songwriter from Canada. He has released several CD’s and your all encouraged to visit his site at http://web.mac.com/didur/Michael_Didur

Cheap Trick warms up for 38 Special