Even back as recently as 1999, it’s my understanding that the common practice at most ballparks –Yankee

Stadium included — was to rip a patrons ticket to validate entrance to the game. Take a look at the picture of that ticket..  notice that it’s fully intact. That’s because I didn’t go.

I was 11 years old in 1999, and my father decided that for whatever reason, we unfortunately wouldn’t be able to get to The Stadium that day to catch the game.

“No big deal, Danny,” he said. “We’ll watch the game on T.V. It’s the best seat in the house, and hell, the beer’s a heck of a lot cheaper! Plus, I think it’s supposed to rain.”

Nope. It actually was a Big Deal.

That particular afternoon matinée happened to be the day a one David Cone did something that 15 other men in history had ever done before him.

With Don Larsen throwing out the first pitch to Yogi behind the plate.

I can’t watch any highlights of that game without looking to the sky and wailing “WHY, GOD? WHY!?”

A few days after Cone was marched off the field, in front of a packed house (save for 4 seats in Loge Box Section 461), on the shoulders of his teammates, my dad went and had the tickets framed. The frame, with unvalidated tickets and its accompanying unused parking pass, now reside in our basement rec room, as a constant masochistic reminder of what could have been. 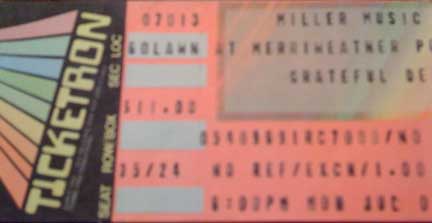 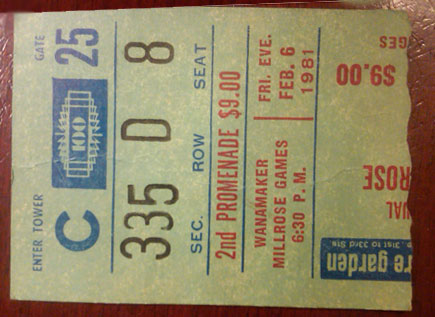