Eight Innings, 2 hits and a walk.  Oh, did I mention the 13 strikeouts.

I’ve been around and seen some guys blow through oppenents in the past. Saw Gooden, Clemens in their day, saw Halladay throw a no hitter  a week ago, but Cliff Lee is bordering on the ridiculous. Does he look like an athlete – no. Is he his sport’s most dominant player? Possibly.

After watching him turn his NEXT team into a bunch of schoolgirls with my butt nestled comfortably in the cheapseats, I can’t help but wonder what this guy will look like in a Yankee uniform next year. I’ll tell you one thing, when he strikes out 20 against the Mets in mid-season 2011 I will be on the ground laughing. The 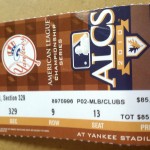 Wilpon’s will be pitching A.J. Dickey and his $500,000 salary and it’ll be the majors vs the minors like the old days.

But for now – the big team in town has it’s work cut out for it. The Yankees are gonna have to get their 3 around Mr. Lee, cause he can’t be beat. And let me tell you something – down 2-0 in the eighth gives you a fighting chance. But when they drop another half dozen on you in the top of the 9th – even the House that Ruth Built starts to look like Citifield. Would Mets fans ever leave a LCS game early? We may  never know. 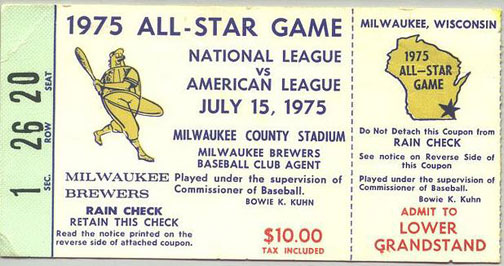 Opening Day and a No Hitter – 2 Games 1 Ticket