I’m from London, England and my stub story ticket begins in 2009. I proposed to my 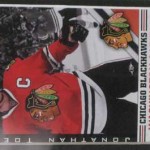 girlfriend in March 2009 (she said yes) and for a year or so my friends and i talked about where we should go for my Stag Party (Bachelor Party).  I told them that we should go to Chicago Blackhawks and Boston over the St Patricks Day weekend  2010 (my parents are Irish) and hopefully we may be able to catch a hockey game.

One of my friends who was coming with us has a workfriend that lives in Kansas. He used to be in the Marines and said that he would drive up to Chicago and meet us and he would also get us some hockey tickets.

We arrived in Chicago on 12th March and met with our Kansas friend who had forgotten the hockey tickets. No problem…..”we’ll get them FedEx’ed, next day delivery” etc etc.

Forward onto Sunday 14th March…game day…NO tickets. Fed Ex had let us down and we had No tickets for the game. Fortunately, he was able to charm his magic at the box office and we got replacement tickets for the match. An unbelievable atmosphere, i wasn’t aware of the tradition with the National Anthem and the cheering etc, just a wonderful experience.

A happy ending after all?…..well, sort of. The Blackhawks blew a 3-0 lead to lose 4-3 in OT but 3 months later they lifted the Stanley Cup, so all’s well that ends well.

And what happened to the original tickets that Fed Ex couldn’t deliver in time???….they turned up on the Monday…….which is the picture i have attached.

I framed the ticket with a few items that i received at the game and a photo of my friends and i at the United Center, i have attached this too. 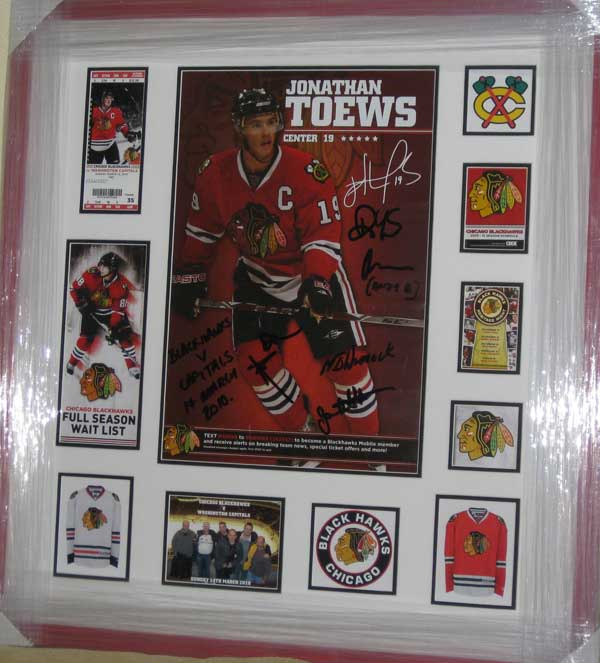