It was one of those days, when despite your best efforts to NOT get into a testosterone battle, it 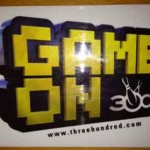 was unavoidable. Grab you balls and show what you got – Bowling Balls I mean.

OK – so it was me (aging),. my brother-in-law (aged) and our father-in-law who out of respect I will not mention his age with the wives and kids at Chelsea Piers after a fancy brunch in the city – but the “Battle of Lane 19” will not soon be forgotten.

We cleared the first hurdle when no-one’s arms were separated at the shoulder on the early frames, no fingers stuck in balls or smashed in the ball return. And things were close. The 4 year was in the lead, having picked up a couple of soft spares (bumpers in play) but we weren’t complaining, all figuring that a bathroom break would take her out of a frame or two before the end.

As we got to the middle frames, the old “dad-in-law” decides to switch to a heavier ball (great – as if his frailty wasn’t already an issue!) I’m pretty sure they had a guy with a defibrillator standing behind up the whole time anyway. So he steps up to the line and WHAM – Strike. Then the red face, the fist pump and it was on.

Not to be outdone, the kids from Queens – closer to AARP than any other age landmark – decide to step up their games. One starts throwing the heavy hook, swinging balls toward the pocket a good 50% of the time and I bear down for a spare, then Strike, Strike. With all that – we still trailed the 4 year old who must have been holding it in, cause she wasn’t going anywhere (despite not knowing the score – it was like bowling against Tommy!)

I missed the Turkey – but knocked down seven and knew it was locked up – chucked ball 2 in the 10th into the gutter and strutted off with the knowledge that I had mastered 2 gray and/or balding dudes on the lanes. None of us had bowled in a couple of decades, and if you as me will never bowl again – thus crowning me Champion of the Family for Life (or until the 4 year old challenges me somewhere down the line!) 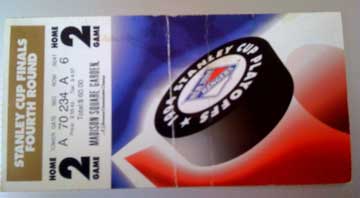