Blowing up the House that Ruth built 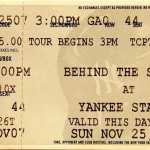 ending of the 2008 season and the watching the new stadium rise above the park across the street, I decided I have to take the tour of it before it happened.

The original stadium was built in 1923 and redesigned over the years with the largest reconstruction in 1974 and reopening for the 1976 season. My first trips to the original stadium were with my family, I would go 3 times a year, Old Timers day, Bat Day and one trip with the summer camp. We always sat in the upper nose bleed seats and enjoyed the game. The first games I saw were at the end of the Mick’s career.

In the following years I had to endure CBS as the owner before George bought the team and brought back the Pinstripes pride. Knowing these days were coming to an end I called some friends and asked them and their children to join me, I bought all the tickets for the 3:00pm extended tour the day after Thanksgiving. It was good to see the next generation of fans viewing the stadium before it was closed and gone.

As the players were not at stadium we got see the old locker room, how small it was, the dugout and walked around the warning track to the monument field. The tour guide wouldn’t lets us touch the grass, now how can we damage the grass, give me a break. We ended the tour in the press area with a film on the Yankees and the Stadium. This is a tour I will remember and I hope the other do too.

Met Memory – Another in a String 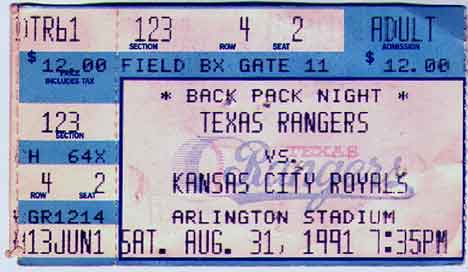